in the name of God

Zia Industrial Factory Zia Industrial Factory was founded in 1361 in order to become self-sufficient in the country in manufacturing machinery for industrial laundry machines. After 18 months of research and study on European and American samples, the first washing machine was able to tirelessly try its managers and workers. Designed and manufactured with a capacity of 20 kilograms.

Due to the need for health centers in the country, the managers of the production complex of higher capacity machines were put on the agenda, and now Zia’s industrial plant produces cars up to 90 kg. 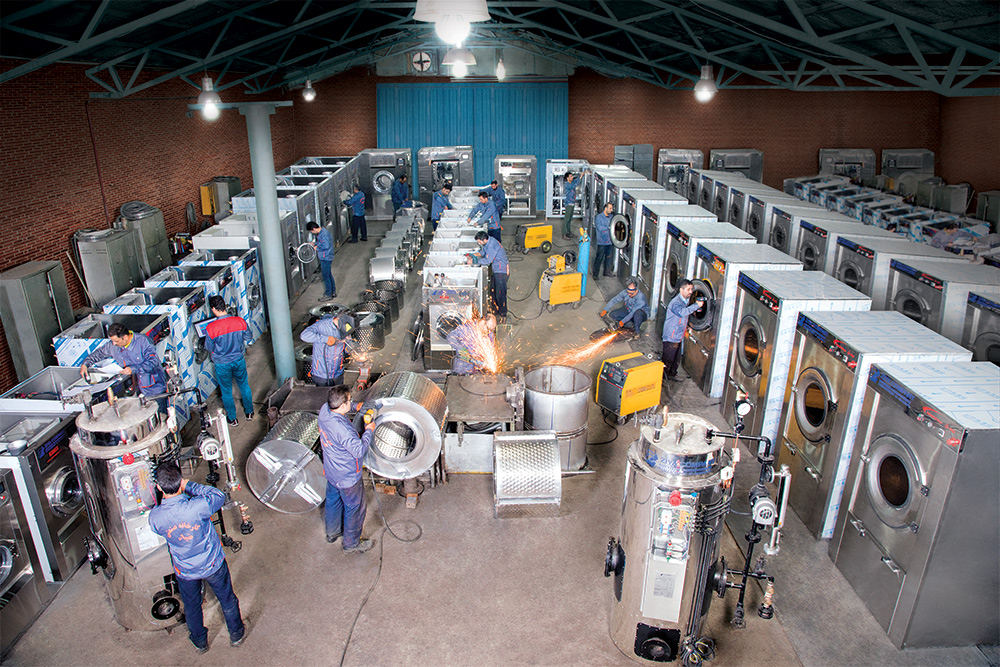